The special of the Coral Mountain is the massive size it is, the depth at which it is located and the coral species. The cactus corals stretch out 30 – 40 meters long, 7 – 8m wide in a very shallow water, the highest tide was recorded by OnBird is 1 m from the head of the Coral Mountain, the normal low tide was recorded is 0.2 m and exceptionally low tide even leaved the coral head exposed.

The Coral Mountain amplify the wildness of the underwater landscape of Crystal Reef, which worthy of the name “Coral Paradise of Phu Quoc Island” given to it.

Across thousands of square meters area of the Crystal reef, we have found almost 80-85% of coral reefs dying or being fallen into a bad state of health, and there will be no point in exploring coral heaven if you will not be able to see healthy coral.

But fortunately, after many times of exploring here we found out the biggiest Cactus coral (Pavona Cactus) colony that we name it as “Undersea Coral Mountain”, which is still healthy and alive. Which make us feeling happy after getting very disappointed with the bad situation of corals at Phu Quoc Crystal Reef. Especially, the Button corals that live interspersed among the Cactus corals making amazing moments, when you wave slightly the Button corals they will retreat their tentacles, creating effects like color change on corals.

In the video below, we recorded a Nudibranch swimming at next to the Coral Mountain

For those who look forward to finding some amazing things in the Phu Quoc Sea besides corals then a the Boatwreck may be one of them. We found out a wrecked fishing boat at Crystal Reef in 2020 by accident after many times of exploring the water around Coral Mountain. Basing on the design and structure of the wrecked boat, we know it used to be a squid fishing boat which is very common type in Phu Quoc Island. The snorkeling site is even easy for kids to experience their very first exploration of the marine.

The boatwreck was damaged heavily, they might suffered a strong storm

Phu Quoc Half-moon Reef is one of the best spots for either scuba diving (fun-dive), snorkeling and free-diving, possess a great variety of coral species, you find here most coral species of Phu Quoc. Especially the underwater terrain make it an attractive spot to those who are keen on coral reefs and marine life. We find here coral-covered cliffs, canyons, anemone gardens, coral-covered walls, rocks and especially we find here the largest dome-shaped honeycomb coral in Phu Quoc. This is a proper site for those who are interested in free-diving, fun-dive to see a diversified marine world while swimming, diving through, over high cliff of corals and big walls. Easy to see soft corals here, with 2 popular ones: toadstool coral and finger coral. At the depth of 8 – 9m you find many big honeycombs. Anemone living at the depth of 4 – 5 – 6 -7 m. You find largest anemone populations of Phu Quoc here beside North-east Coral Reef. Descend down the depth of just 4 m, walls, cliffs or big rocks covered fully with finger corals begin to appear and surprise you. We do list out some amazing spots you can see at the Phu Quoc Half-moon Reef:

Located at the depth of 6 meters with 4 meters long and 2 meters high, this is an amazing ideal spot for either snorkeling or free-diving, this Finger coral-covered rock located close to a big rock make a small cliff between. Finger coral or Sinularia Levi coral is a one of 2 most popular soft coral species in Phu Quoc. Enjoy a fascinating feeling of swiming, snorkeling, diving along the cliff with plenty of coral covering. The close view is totally different from above, look shimmering, magical. Around the cliff are anemones, leaf corals and giant tube sponges.

In Half-moon Reef, we find interesting ridges of jagged material below the surface. Toadstool coral-covered Canyons are around 5 – 6 m long and 5 – 7m deep and almost 3 m in height, completely covered by Toadstool Coral (a common soft coral in Phu Quoc). Live interspered with toadstool corals or capret corals are brain corals and finger coral on the seabed surface you will be seeing the presence of Montipora Monasteriata Corals and Brain Corals… We find that the toadstool corals in Half-moon reef in particular and whole Phu Quoc in gerneral will get bleaching seasonal, sometime toadstool coral get white completely and then few days or a week later the tentacle start to extend and change the coral into yellow.

The slope is at the depth of 4 – 5m, it is about 5 – 6 m long, an amazing spot to view the corals from an incredible new perspective underwater. The slope is fullly covered by plate and pillar corals, a big colony of giant tube sponge and anemone make the spot charming when looking up from below.

A 5 – 6-meter-wide Honeycomb Coral discovered at the depth of 7 meter of Phu Quoc Half-moon Reef, with a height of 3 – 4 meter from the foot to the head. This honeycomb coral is the widest we have ever found in the Phu Quoc water. On top of that, the Honeycomb coral has a twin brother which is smaller in size.

This is the largest lettuce coral colony we have found in Phu Quoc Island, located at the depth of 2.5 – 4m in Phu Quoc Half-moon Reef. We document the lettuce coral garden in April 2022 for the first time, corals are healthy. Growth right at the shore the the colony is easily damaged by irresponsible speedboats if they drop down the anchors on.

The largest table coral colony growths into a flower-shaped colony, with the foot located at the depth of 4 – 5m.

To explore the Phu Quoc Shallow reef, a skilful snorkeling skill is a must, as you might get stuck and damage table corals when getting closer to the shore at where the depth is only 0.3 – 0.4m. Toadstool corals located close to the shore at the depth of just 1m.

Video of snorkeling and corals in Phu Quoc Shallow Reef

However the reef is now under serious threat by speed boats as we found the largest table coral colony aforementioned damaged 80%. Besides that we find here many “ghost nets” left by fishermen and brought here by the waves, we sometimes make clean up snorkeling trip to clean “ghost nets” in Phu Quoc but we still find them sometime.

In the Shallow Reef, Phu Quoc we can find amazing spots for underwater snorkeling photos. The snorkeling photos below were captured on our snorkeling trip to explore this coral reef on August 23 2022. We find anemone clusters and toadstool corals developing close to the water surface.

The terrain is gently sloping coral with a depth of 0.5 – 8m, in which coral grows strongly in the range of 0.5 – 3.5m. The main group of coral species are Porite Corals, Table corals, Cactus corals and Cauliflower corals. This is one of the fringing reefs still preserve it’s pristine beauty and easy to explore for snorkelers (snorkeling). It can be likened to a miniature coral garden, although not too diverse in coral species, corals grow densely to form a large coral carpet. Cauliflower coral here is quite special when mostly purple cauliflower coral.

At a depth of 1-1.5m, large populations of table corals with coral diameters up to 1.5m are formed. Coral grows densely in the depth of 0.5 – 3m.

The snorkeling experience here is like going around in a small garden, the coral color is quite fresh, updated to July 10, 2022, the coral here is hardly affected by humans compared to other places. other coral reefs in Phu Quoc due to being surrounded by large coral reefs.

We find here only one small anemone across whole the Coral Steep.

However: latest update on 15/7/2022 we are shocked to see a heavy damage on the cactus coral colony and cauliflower at the Coral Steep. We found the same situation at Coral Mountain at the same time. We are not sure what cause the terrible damage on the corals but it must be strong as we saw even some stony corals found in an overturned state and broken in half.

6. U-Turn: A small bay for Snorkeling and Scuba Diving in Phu Quoc Island

Phu Quoc U-Turn is another good choice for people who are keen on free-diving as well as snorkeling. The coral populations here are not large and not as dense as Half-moon Reef, North-east Coral Reef. The average depth here is deeper than Half-moon Reef and North-east Coral Reef, average depth is about 4 – 6m. If you are not used to the sea then U-Turn will scare you as the reef is to drop down 12 – 13m suddenly in certain places.

For snorkeling you could do near to the shore and for scuba diving just need to descend down and get further a little bit from the shore to reach the depth of 12 m. You dont see here many anemones and finger corals like Half-moon Reef, but it is great to dive in a vast seabed right at the foot of the shore.

Northeast Reef is a kind of coral field with a great diversify of coral species, the reef depth ranges from 1 – 9m, go further to outer reef it could descende down 16m, the coral reef develops hunderus meters along the foot of an island, at Phu Quoc Northeast Reef you could find anemone gardens at the depth of 1.5 – 5m and big table corals with diameter of 3m…

We have found the existence of 19 coral species there. Due to the special location it is not easy to reach the coral reef as the water is usually wavy and strong current thereby we always check the water conditions to find dates and proper timeframe to explore this coral reef. Besides that this coral reef is also the best choice for snorkeling in the rainy season in Phu Quoc island

Everything is very open with a precise clarification of the challenges. It was definitely informative. Your site is useful. Thanks for sharing! 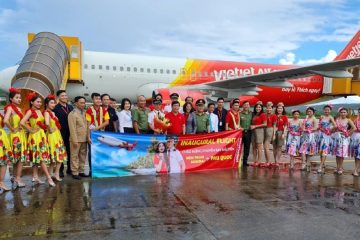 On the morning of September 9, 2022 Phu Quoc International Airport welcomed the first direct flight between Phu Quoc and India. 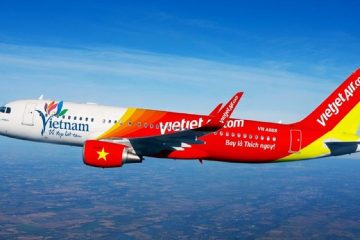 For holidaymakers who are planning to go South-East Asia beach destination hopping, this is definitely a delighting news. 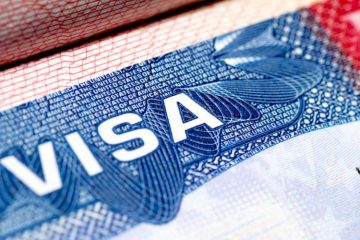