A Vietnam Airlines flight carrying 12 foreign tourists from various countries arrived in the central city of Da Nang on November 17.

The flight departed from Seoul, the Republic of Korea and landed at the Da Nang International Airport at 3:55 p.m. This is the first wave of foreign tourists to Viet Nam in nearly 20 months since the Southeast Asian country closed borders to foreign tourists due to the COVID-19 pandemic.

Earlier this month, the Government agreed with a pilot roadmap to reopen borders to foreign tourists from November.

Under the phased roadmap proposed by the Ministry of Culture, Sports and Tourism, in the first stage, foreign tourists are welcomed to the following four destinations, namely Phu Quoc island of the southern Kien Giang province, Khanh Hoa, Quang Nam, Da Nang, and Quang Ninh.

Authorities in Kien Giang Province, home to Phu Quoc, has approved Vietjet Air’s proposal to fly 209 South Koreans to the island this Saturday under a vaccine passport program.

All need to furnish certificates showing they are fully vaccinated or have recovered from Covid and tested negative within 72 hours before departure from South Korea.

After welcoming the first group of South Koreans this Saturday, Phu Quoc plans to receive 20 international flights a month in the coming time.

Kien Giang is one of five localities to get the green light from the government to welcome back fully immunized tourists from November onwards along with Quang Nam, Khanh Hoa, Quang Ninh, and Da Nang. 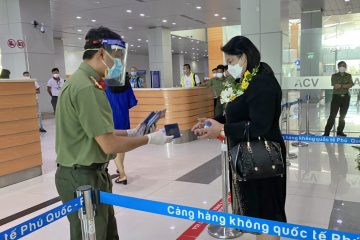 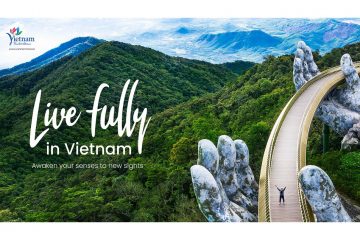 Vietnam Ministry of Health has officially issued the long-awaited COVID-19 protocols for foreign arrivals in Vietnam. The regulations state that visitors with negative COVID tests can enjoy quarantine-free travel from day one. 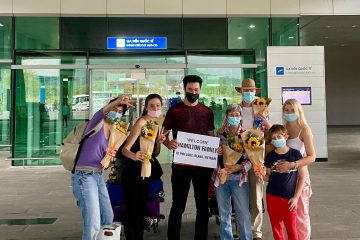